All Collections
Rewards
Delete or archive a reward

Delete or archive a reward

Here’s how to retire a reward that’s outdated, ineffective, or past its sell-by date.

Written by Manuel Frigerio
Updated over a week ago

Sometimes a reward has outlived its utility, and it’s time to thank it for its services and send it off to retirement.

In SparkLoop, you can both delete and archive rewards.

The difference between deletion and archiving

You can both edit and delete a reward unless that reward has already been won by at least one subscriber.

When that happens, a reward cannot be deleted and the number of referrals cannot be edited. This is to make sure historical records are kept intact.

⚠️ If you want to remove a reward that has been won at least once, you can archive it instead.

To delete a reward:

2. For the reward you want to delete, move your cursor over the three dots on the right-hand side. 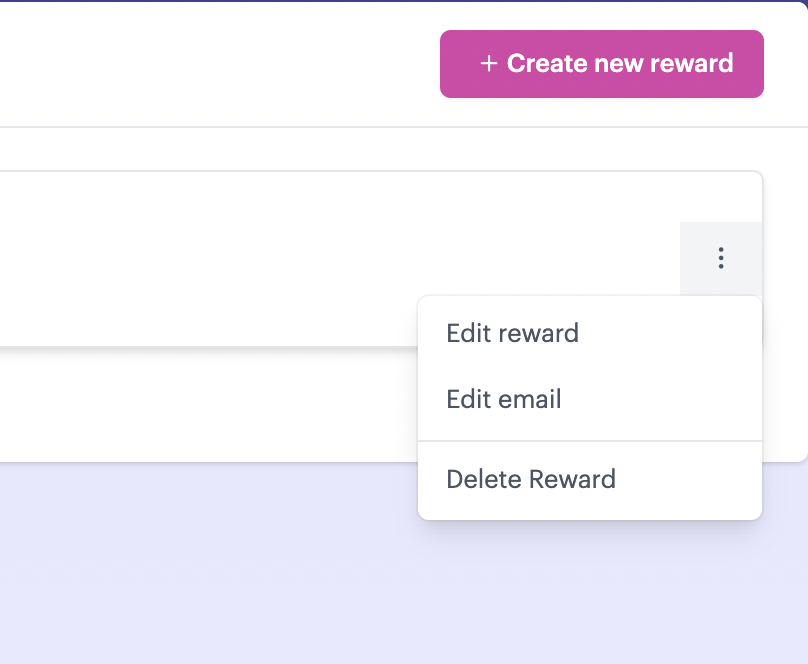 ⚠️ Unless you replace the reward, your subscribers will not be rewarded for hitting that number of referrals. Let them know so they’re not disappointed!

2. For the reward you want to archive, move your cursor over the three dots on the right-hand side. 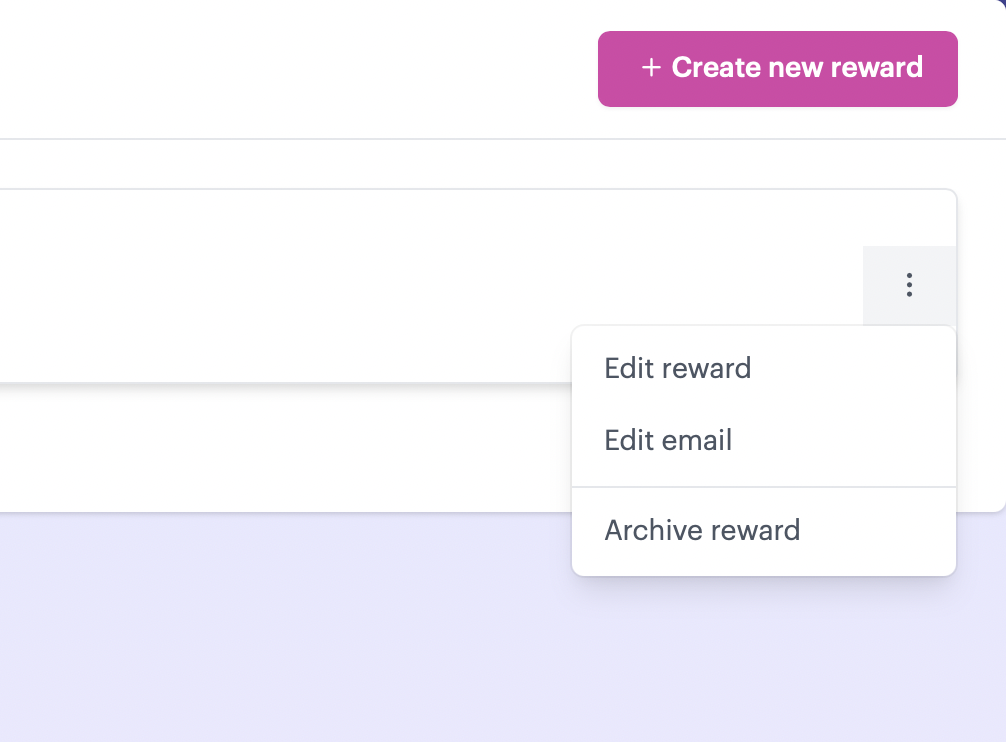 ⚠️ Don’t forget to let your subscribers know and update your automated reward emails once you archive a reward.

Did this answer your question?